The ToppingL30 has been sounding great since I bought it, but some lots are being recalled.
I checked the serial number of the unit and found that it was one of the recalled models, so I checked with the manufacturer to find out what the recall was.

What is the problem with Topping L30?

In this day and age, we tend to look up the details of recalls on the Internet, even though asking the manufacturer about it would solve the problem immediately.
I looked around at overseas sites, and found these two points mentioned in the recall.

・Headphones are broken.
・May cause fire.

Even on Japanese websites, there were responses such as “Be careful of the fire,” which made me uneasy as well.

The question is to confirm that the recalls that are being talked about are true.

“I saw the recall information for the Topping L30, but as announced on Facebook, there was a problem with some headphones breaking, so I’d like to know if it’s just a review of the internal protection circuitry, or if there are other serious problems that could lead to a fire, for example.”

Here is Topping’s response to this email.

Sorry for the late reply.
In the last year, we received a few cases that L30 failed causing headphones being damaged. Even this is a low probability extreme event. But we still attach great importance to it.
We have since implemented numerous improvements to the protection circuit in the L30. With the revision, sensitive headphones and IEMs would still be protected against unintended damages even in the most extreme failure scenario. L30 with this revision can be identified by a serial number starting 2012 or higher.
L30 with a serial number starting 2011 or less may damage headphones with a small probability, but there is no fire hazard problem as you mentioned.

Details of the Topping L30 recall

The only recall for the L30 is for headphones that may break. 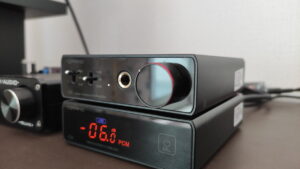 The reason why the topic of fire came up in this case is that there are a certain number of people who bought the E30 and L30 as a set and broke them by sticking the power supply in the wrong place, and because the L30 has the power supply circuitry inside and is designed to use the body as a heat sink to release the heat, it gets quite warm. I believe that these two events have combined to spread the speculation of a fire.

In this age of easy access to information, even the most random information is being spread as if it were true. If you are like me and have been worried about what to do in case of a fire, I hope this will give you some peace of mind. 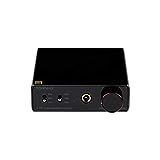 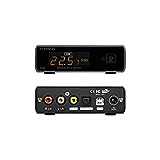 I changed the speaker system connected to my TV from YSP-2200 to YAMAHA RX-V385 and SONY SS-CS3. I actually bought the ...